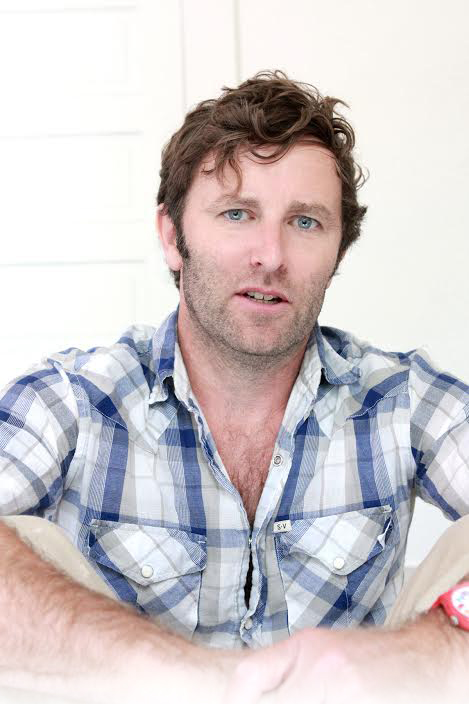 This is going to be a very exciting series!

In the spirit of UNITY, togetherness, community, friendship, good times, and yes, nostalgia, Oceanside Productions announces the first in a monthly online live performance series for 2021 called LOOKOUT ZOOMOUT.
The reunions will bring together the singers and songwriters from Lookout Records, the iconic pop-punk record label founded in 1987 by Larry Livermore and David Hayes. Until its demise in 2012, the label had one of the most recognizable logos in the world, and was most notable for bands like Green Day, Operation Ivy, the Donnas, the Mr. T Experience, and Screeching Weasel.

“If your band was lucky enough to land on Lookout Records like ours did in the 1990s, it felt like winning the lottery”, states the Smugglers frontman Grant Lawrence, who will lead the conversation between performances. “It was an incredible community of artists, bands, and friends. It didn’t end well, but there were some amazing times and some really, really great records while it lasted.”

The first Lookout Zoomout will occur live on Sunday January 31 at noon PT / 3pm ET and promises to be an interactive experience with fans from around the world. Tickets are available now.

– Dr. Frank from the Mr. T Experience  … arguably the architect of modern pop punk in sound and lyrics, Dr. Frank and his Berkeley-based band were on Lookout longer than any other artist.

– The Queers … over the course of 40 years, Joe Queer and his black leather jacket-clad band from Portsmouth, New Hampshire have released a string of popular bubblegum punk rock records, none better than “Don’t Back Down” on Lookout, which celebrates its 25th anniversary this year.

– Lisa Marr from Cub … the front woman of the “cuddlecore” all-female sensations from Vancouver BC, Lisa sings with a smile in her voice and has always had an incredible knack for hooks.- Jon Ginoli from Pansy Division … the lead singer of the first openly gay punk rock band on the planet.

– Raf Classic from The Crumbs … from Miami, Florida, the Crumbs were arguably one of the most underrated punk rock ‘n’ roll bands in Lookout’s entire catalogue.

– Grant Lawrence from the Smugglers… the lead singer of the Vancouver garage rock ‘n’ roll band that was on Lookout from 1995-2005.

First things first: I hope you’re healthy and safe wherever this note may find you.

My family has been trying hard to follow all of the provincial health guidelines here in B.C. for the past eight months and counting. It’s been a challenge. We’re fine. Hope you are too. Touch wood. You know you’ve spent a lot of time with the same four people when “Go Fish” turns into “Go F*ck Yourself.”

These days it feels like life is all about finding positive distractions from the constant news cycle barrage. (Why can’t every day be a Four Seasons Total Landscaping day?)

Here’s hoping I can provide you with a few more distractions with my updates and musings.

Weird. That’s what it’s like at the CBC these days, mostly because we’re all working from home. For the past 22 years, I’ve had the honour of working full time at the CBC bunker in downtown Vancouver. That was a Monday-to-Friday cycling commute, which hit the brakes on Friday March 13, 2020. That was my last “regular” day at the office. Ever since, I’ve been thankful to be making radio and TV from home. This fall, I became the host of the CBC Music Top 20, a weekly round up of the hottest songs on CBC Music. It’s Canada’s only national countdown show, and it’s a very different broadcasting experience for me – and a lot of fun. It can be heard Thursdays at 7pm and Sundays at 5pm on CBC Music (the former Radio 2) and Wednesdays at 2pm on CBC Radio 1. And I record the show in our basement in East Vancouver, but you would never know that unless I told you. Which I guess I just did. (I do get to go into CBC Vancouver once a week for half an hour to record my weekly TV music column… but that’s it! I miss my co-workers). What’s your work situation in the COVID-era?

If you want to listen whenever the heck you want, please allow me to point you to my series of adventure story-telling podcasts that have aired over the past few years on North By Northwest on CBC Radio 1. Many of those podcasts flesh out the further wild life-and-death stories of characters I explored in my first book, Adventures in Solitude, such as the Cougar Lady, the Hermit of Desolation Sound, and Bernard the German. You can find those podcasts and others for free download here. I’m currently collaborating on a new series: a murderous true story that took place on the outer coast of Vancouver Island which I’m very excited to share with you. It should go into production in early 2021 and hit the air shortly thereafter.

If all goes to plan (but really, what IS going to plan in 2020?), I should have two new books out in 2021. Next fall, I’m honoured to be publishing my first children’s book called Bailey the Bat, the story of an insomniac little brown gender-neutral bat who gets into all sorts of daytime adventures while the rest of the bat colony is asleep. The book is aimed at kids ages 4-8 or so (basically… my kids), and will be published by Orca Books.

This fall also marked the tenth anniversary of my debut book, Adventures in Solitude. I figure enough time has passed that I *think* I can pull off a sequel. Hopefully it will be more Empire Strikes Back than Dumb and Dumber To. The new book will likely contain several new adventures involving my wife and kids and other salty real life characters. Look for that book on Harbour Publishing at some point in 2021… hopefully.

And if you missed any of my previous books, how dare you? The most recent is Dirty Windshields, the arguably slightly-too-long story of my band the Smugglers.

Personally signed copies of all three books are available here. This year’s deadline for Xmas gift orders is Friday December 11. If the order is a gift, please let me know who the book should be signed for. Thanks!

(And by the way, if you’re looking for the Smugglers’ actual music [we released eight albums, hello??], it can be found here.)

Huh. Before COVID hit, I had been ramping up a West Coast-style Vinyl Cafe-esque touring show of stories and songs… oral tales from my books and podcasts mixed with live musical performances from some of my favourite artists, like Said the Whale, Kathryn Calder from the New Pornographers, Dustin Bentall, Ashleigh Ball from Hey Ocean, Luke Wallace, my wife Jill, and many others. We had pulled off shows from Saturna Island to Prince Rupert and many points in between (if you went to one or considered it, thanks!)

I was about to attempt a national touring show when COVID crashed the circuit. Like everybody else, several of my scheduled shows for the spring, summer, and fall were cancelled, including a sold-out, hometown show in West Vancouver.

That said, there appears to be this oasis theatre in the wasteland of shuttered venues that seems to be able to pull off actual safe live shows: the Mary Winspear Centre in Sidney, BC, on Vancouver Island.

My wife did several performances there in early November and it all went well… so… here goes… I’m trying it, too:

Speaking of my lovely and talented singer-songwriter wife, a.k.a. our family’s rock during the pandemic, this Friday November 20th, Jill is performing what is shaping up to be a one-of-a-kind virtual concert, resurrecting a long-gone Vancouver venue through the magic of Hollywood special F/X. With help from the geniuses who created XR Technology movie magic on such films as Star Wars, Avengers: End Game, and Dead Pool, comes Jill Barber Live at the Palomar, performing with her “phantom jazz band” at a glamourous, art-deco, jazz-era, virtual venue that doesn’t actually exist. Nothing like this has ever been attempted before, so I hope you can check it out. Tickets are just $16 and the show is live to the world this Friday at 6pm PT / 9pm ET.

Yeah, somehow I am still thanklessly strapping on the goalie pads for the Vancouver Flying Vees, now in our 16th straight season. Somehow, we have won four beer league championships during that time, but those sudsy glory days are like a foggy memory. Thanks to COVID, our long-time North Vancouver league crashed to a final halt, so we joined a much larger league, and for the first time, we tried to act our age by joining an older, age-specific division. Bad move. The Flying Vees are 0-8 on the season, a string of losses that includes our all-time worst-ever defeat, a game that contained a bizarre stat: the most goals I have ever let in, and the most saves I have ever made. Weird, eh? I will not mention the score, but I’d be happy to hear your best guess. As of this writing, even though everything had been going well in our new league in relation to the pandemic, rec hockey in BC had to hang up the skates for two weeks. Time will tell if we get back on the ice, but it can (hopefully) only get better from here. I love seeing my teammates, but I’m getting tired of explaining the epic losses to my 7-year-old son.

The rickety family cabin in the wilderness proved to be somewhat of a godsend during the COVID summer of 2020. Once BC’s non-essential travel restrictions were finally lifted, our family high-tailed it up the coast. This year, I spent the most time in Desolation Sound since the CBC lockout of 2005. My first book came out of that prolonged sojourn, so hopefully the sequel will spin out of this bizarre COVID summer. Our kids are finally getting to the age where they can successfully scamper about on the shoreline rocks and into the forest, with us chasing along behind, and we enjoyed many lovely sunsets, campout nights, whale sightings, and weekly trips in our old boat Big Buck$ to Refuge Cove, our our favourite water-access-only village on the coast. And you won’t see it on Instagram, but we all had our fair share of extreme-proximity meltdowns, too. We also had some much-valued physically distanced visits with some of the colourful neighbours that cling to that coast, year after year, like barnacles in the sun. As one crusty old oyster farmer said to me over a couple of cans of Lucky, “misfits have the best stories.” It’s true.

And if the pandemic is getting you down, remember this: the world has been through this before, a century ago. What followed was the Roaring Twenties and the Age of Jazz. We shall overcome, and we shall party on the other side!

In the words of B.C.’s Health Officer Doctor Bonnie Henry, “be kind, be calm, be safe.” Once vaccinated, first beer’s on me, eh? 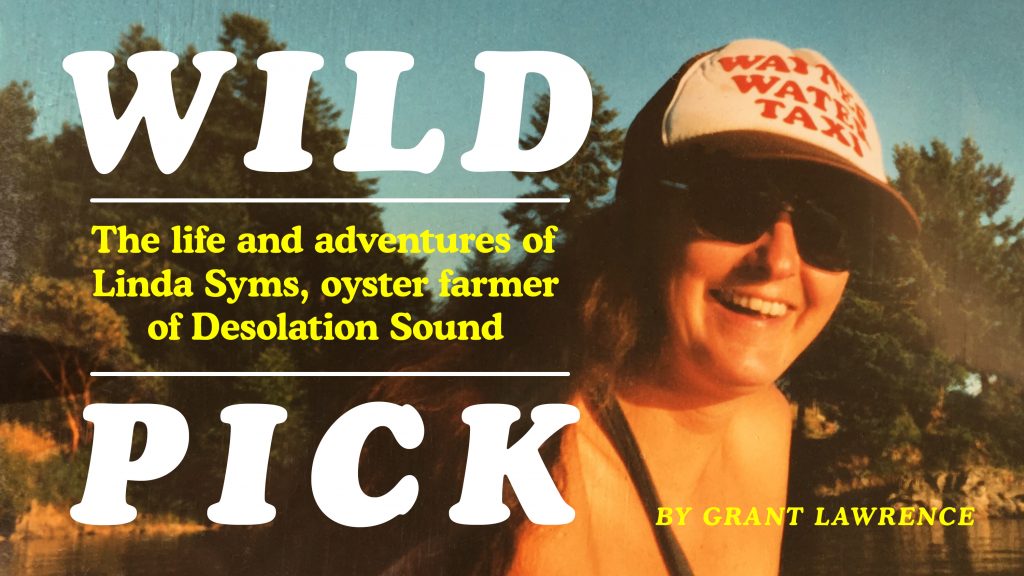 Wild Pick is Grant Lawrence’s latest story-telling podcast: this is the true tale of the life and adventures of Linda Syms, oyster farmer of Desolation Sound. Get set for another epic wilderness adventure that chronicles Linda’s wild life. At a very young age, she fell in love with an older man who completely changed her life. She eventually became a modern day homesteader and oyster farmer, which led her on a 40 year love story, which, in Linda’s words, eventually “ended with a BANG.” The chapters aired weekly on CBC Radio One in BC. Download all the episodes here.