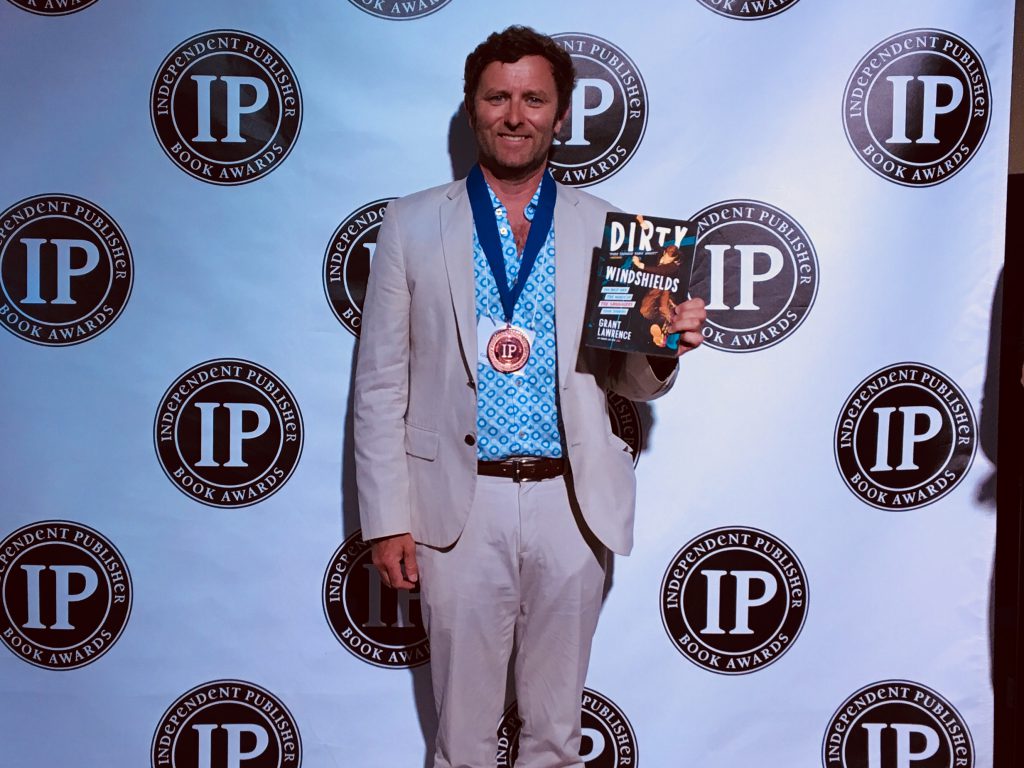 In a ceremony on May 29, 2018, at the legendary Copacabana in Times Square, Canadian author and CBC personality Grant Lawrence won a medal for his latest book, Dirty Windshields: The Best And The Worst Of The Smugglers Tour Diaries (Douglas and McIntyre, 2017).

Dirty Windshields has been awarded the 2018 Independent Publisher Book Awards medal (“IPPY Award”) in the category of Performing Arts (Music/Dance/Cinema/Theatre).

Dirty Windshields is Lawrence’s outrageous non-fiction chronicle of his 14 years of touring the world in the infamous Vancouver garage rock band the Smugglers, for which he was the lead vocalist, frontman, and raconteur.

“Over the years, the Smugglers played plenty of shows in New York, from CBGB to the Roxy to Coney Island High”, remembers Lawrence. “But I have to say, receiving a medal for those sordid stories all these years later, at the Copacabana in Times Square, is something I won’t forget.”

The Copacabana has served as a set for such films as Goodfellas, Raging Bull, and Carlito’s Way, and was the nightclub of choice for the Supremes’ 1965 live album Live At The Copa.

“It was amazing to be in that room full of authors and publishers from all over the world, and to receive an award for a bunch of tour diaries that I scribbled down in Hilroy notebooks twenty years ago”, noted Lawrence.

“The Smugglers tour diaries were originally a deal I made with my dad. The only way he would allow me to be in a touring band was if I promised him I’d write the misery down. So… thanks Dad!”

Lawrence’s previous two books, Adventures in Solitude (Harbour Publishing, 2010) and The Lonely End of the Rink (Douglas and McIntyre, 2013), were both award-winning bestsellers. The 2018 IPPY medal is Lawrence’s first international award for writing.