Polaris Music Prize, Western Canadian Music Awards, The Wild Side, The Matinee: the summer that was and the fall that will be… 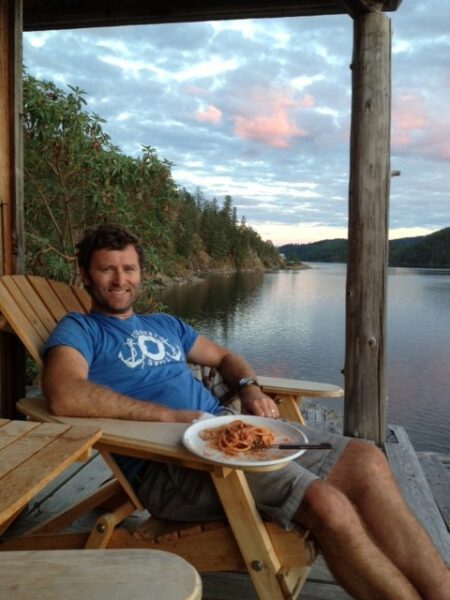 Hope your Summer of 2012 has been awesome! Here’s some of my summer highlights, followed by what’s coming up for me in the fall:

– It’s been a thrill to host The Wild Side on CBC Radio One this summer, featuring your stories from the wilderness. The show was received very positively and we hope for its return to the airwaves soon. Congratulations to Tonya Lavallee of St. Clements ON, who won the Wilderness Weekend Prize Package to Desolation Sound BC courtesy of Sunshine Coast Tourism, which includes lunch with me at the Laughing Oyster among several way better prizes.

– I was honoured to host the 35th annual Vancouver Folk Music Festival on a stunning weekend in July at Jericho Beach Park. Highlights for me were Bette and Wallet, Wake Owl, K’Naan, Dan Mangan, Hey Rosetta, Ramblin’ Jack Elliott and swimming in the ocean between sets.

– The last time I was on Denman Island BC was when The Smugglers played there in 1992. I made it back 20 years later for the Denman Island Readers and Writers Festival in July and had a wonderful time hanging out with book lovers and authors far more renowned and talented than me.

– I made it to a couple of weddings this summer… first it was my brother-in-law Matthew Barber‘s wedding to his new wife Alexis Taylor on a beautiful farm in Owen Sound, Ontario. Next, my wife and I made the trek all the way from Desolation Sound, BC, to Stanhope, Prince Edward Island for the wedding of my former Radio 3 producer Chris Kelly to his new wife Lauren “Occupy” Bercovitch. This wedding also featured the first time my wife Jill and I have EVER sung live together in public! We performed Sloan’s “I Can Feel It” for the happy couple w/ my old Smugglers bandmate Nick Thomas on acoustic guitar.

– In late August we made the boat trip to Savary Island BC, aka “The Magnetic Isle”, for an afternoon celebrating local authors, musicians, and craft beer. Authors included Charlotte Gill (Eating Dirt), Martin Mitchenson (The Darien Gap) and myself. Musicians included Jill Barber, Ben Bouchard, and Jackie. Thanks to all the folks who filled the sunny backyard of Riggers, Townsite Brewing for the beer, and to Rick Thaddeus for organizing.

– This past Labour Day Weekend was a dream come true in Desolation Sound: Vancouver band The Matinee made the trek up to the cabin to perform an End Of Summer Party on our deck for about 50 local folks who came by boats of shapes and sizes from nearby places like Lancelot Inlet, Galley Bay, Powell River, Lund, Okeover, Refuge Cove, Penrose Bay, and Grace Harbour.

The Matinee performing on the deck in Desolation Sound.

So that was the haps for the summer… here’s what’s coming up:

This September I’ll be as busy as ever: I’m writing every chance I get on my rock’n’roll memoir of my time in The Smugglers, hockey season is starting up soon, and I’ll be back in the hosting chair on CBC Radio 3 on Tue Sep 4 at noon ET/9am PT.

I’ll also be hosting various events across the country this fall, including the Polaris Music Prize Gala (in Toronto), the Western Canadian Music Awards (this year in Regina), and the live version of This Is That. Hope to see you there! Please see the date below, but first…

…what was the highlight of YOUR summer?

Thu Sep 20 – This Is That Live, Rio Theatre, Vancouver BC. Grant hosts the live presentation of the CBC Radio comedy show as part of the Olio Festival.