Adventures in Solitude Tour Returns To BC Interior This Spring 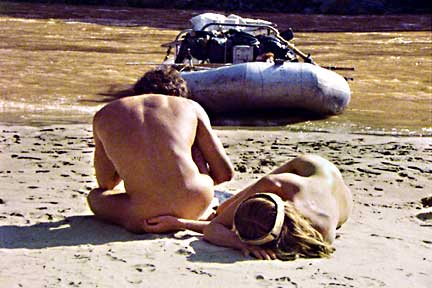 A still from 'The Same River Twice', a counterculturalist movie shot in the Kootenays in 1978

Back in October, I did a fun string of reading dates in Kootenay region of southeastern BC. On that trip I was supposed to do readings in Nelson, Fernie, and Invermere that had to be postponed when it turned out that the fancy gala for Hilary Weston Writers Trust Nonficton Prize thingy conflicted with the readings in those towns. I promised to reschedule.

The make-up dates have been announced for late April and will include stops not only in Nelson, Fernie and Invermere, but also in Kaslo, Fruitvale, and Grand Forks. On the way to the Kootenays I’ll be stopping for an event in Penticton, and on the way home one in Kamloops. I’m very much looking forward to sharing my stories from the book, as well as my updated slides, short film, and a few new stories, at all of these events. You can see the complete list and times here. All events are free.

If you have any suggestions as to what I should do, where I should eat, and where I should stay while in any of these places, please let me know in the comments section below!