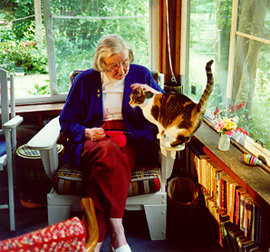 UPDATE: 2011/09/07: Congratulations to Helen Waldstein Wilkes Letters from the Lost: A Memoir of Discovery for winning the 2011 Edna Staebler Award for Creative Non-Fiction. A bummer to lose but an honour to be nominated. Helen’s book sounds fascinating and I look forward to tracking it down. -GL

“Adventures in Solitude by Grant Lawrence is one of three Canadian books shortlisted for the Edna Staebler Award for Creative Non-Fiction. Worth $10,000, the award is open to books of creative non-fiction published in the previous calendar year. To qualify, an entry:

Previous winners are not eligible, and the judges reserve the right to grant or withhold the award in any year. Previous winners include Charlotte Gray, Wayson Choy and Elizabeth Hay. The winner will be announced on September 7, 2011.”

The Edna Staebler Award is administered by Wilfred Laurier University in Waterloo, and the award will be presented at a special centennial ceremony Oct. 4, 2011, in Waterloo, with author readings planned for the Brantford campus and Toronto office. The award is designed to encourage new Canadian talent, and is open to authors who have published a first or second book.

The other two books nominated are Jew and Improved by Benjamin Errett and Letters from the Lost by Helen Waldstein Wilkes.