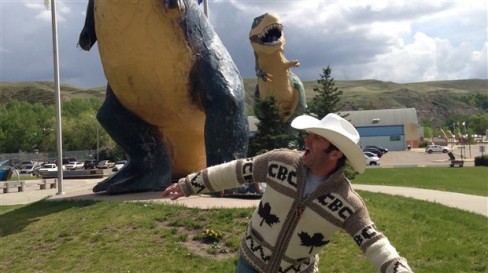 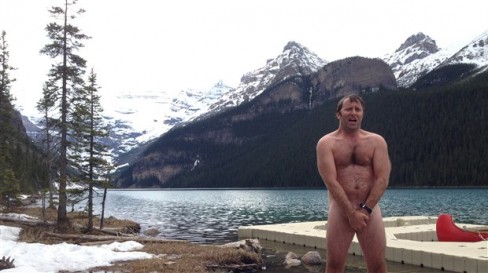 Just the other night, a kind fan of my old band The Smugglers, posted this entire concert of ours on my Facebook page. I was shocked to see it. I don’t think I’ve seen a complete set on video by my old band in over a decade, and I can’t remember seeing any shows from this far back.

On this specific tour, we had already been on the road for over a month, having played across Canada, and down into New York for the CMJ Music Marathon. Then we hooked up with the Queers to tour across the States which lead us to Kansas City, a place we had already played several times.

I can’t believe how incredibly fast we’re playing these songs, how snarly I am, and how completely nonchalant we are when the power goes out.

The Smugglers in this concert video are Dave Carswell (guitar far left), me, Nick Thomas (guitar right), Beez (bass), and Graham (drums). We had already been a band for eight years at this point.

Thanks very much to Kendra K for rocketing me back to a completely different chapter in my life, one that I happen to be writing about right now!

The greatest show in the history of Canadian television is celebrating its 40th anniversary. The Beachcombers first aired on October 1, 1972, on CBC, airing for an unprecedented 18 years, making it the longest running show in English Canadian television history.

I grew up with The Beachcombers, watching it every Sunday night at 7pm, immediately following the Wonderful World of Disney, which started at 6pm. Then, the unmistakable theme song of The Beachcombers would start up, with the iconic imagery of the massive cedar log rolling down into the water, which pretty much summed up the concept for the show.

Oh, to be a fly on the wall the day this show was pitched.

My entire family loved the show. My sister and I loved it for the adventure and sometimes admittedly lame sit-com style set ups, Dad loved it for its spot-on warts-and-all depiction of life on the West Coast, the final frontier, with its scallywag multicultural characters like Bruno, Relic, and Pat, on bashed up boats that could do jumps, adults and kids alike wearing no life jackets ever, scavenging logs for a living, all in front of a backdrop of thick forests and majestic mountain peaks. It was like Dukes of Hazzard on water and 100% Canadian. Mom liked it because it brought all of us together in one room as a family.

When I was in grade two, my elementary school went on a field day downtown to CBC Vancouver. As we were crossing the lobby, our class came upon the towering Jackson Davies, one of the stars of The Beachcombers. He stopped to chat with the class. “Can anyone tell me which role I play on The Beachcombers?” he asked the class. My tiny hand shot up at the back of the class, my glasses fogging with excitement as I yelled out “you’re Constable Constable!” Jackson Davies smiled and said “That’s right, kid. You may have a future at this place”. Years later, as a adult and working at CBC, I met Jackson Davies on a BC Ferry and was able to tell him the story.

Like most once-great TV shows, The Beachcombers sputtered in its later years, suffering from ever-worsening, gimmicky, desperate scripts. Eventually the show was cancelled in 1990. By then, the show was pure nostalgia to me, as my friends and I constantly referenced it, making fun and roasting it but loving our memories of it at the same time.

Decades later when it came to writing my book Adventures in Solitude, The Beachcombers was a major influence in more ways than one. Dad had always compared the real life scallywags of Desolation Sound to those we saw each Sunday night on CBC, something I remembered as I typed out my tribute to the coast.

When I was having great difficulty getting any publisher to even look at the book, everyone telling me it was “too regional”, I kept thinking back to The Beachcombers, and how hugely successful that show was. Not only did Canadians love to see these raggamuffin characters face off against each other and Mother Nature on the wild west coast, but so too did viewers from around the world, making The Beachcombers one of the most exported Canadian TV shows ever. The Beachcombers soaring transcendence, like Relic’s boat over a sandbar, inspired me to keep trying.

This year, the Sunshine Coast Museum has an exhibit chronicling the 40th anniversary of this truly Canadian landmark show. I’ll definitely be stopping into Gibson’s to pay my respects to Bruno, Relic, Pat, Constable, Molly, and the rest.

Watch an entire classic episode of The Beachcombers.

Thanks to Jo-Ann Roberts from All Points West for showing me the awesome video above by Duane Burnett.